On 21-23 December 2022, under the guidance of the Shanghai Municipal Education Commission, the Live Webcast Interview Recruitment Week for Year 2023 Graduates of Cultural and Creative Majors from Shanghai-based Universities was successfully held on the cloud. 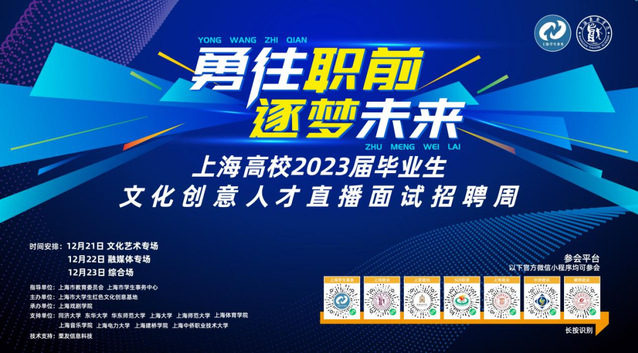 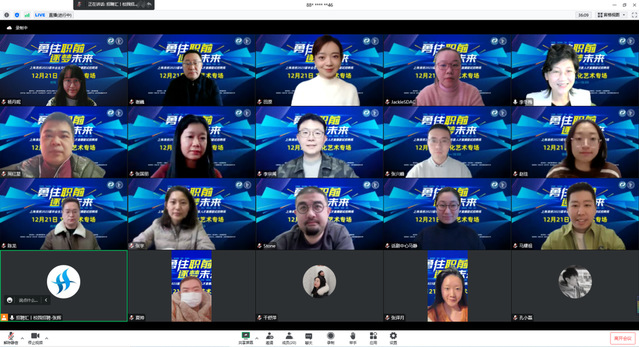 The heads of relevant colleges and departments of the East China Normal University and the Shanghai Theatre Academy attended the event as representatives of the participating universities and made speeches, introducing the training mode of cultural and creative talents, the development trend of cultural and creative industries, and the basic situation of graduates.

With the growing demand for cultural and creative talents, in order to help recruiting organizations understand graduates more deeply, meticulously and comprehensively, the student counselors from the East China Normal University, the Tongji University and the Shanghai Theatre Academy also came to the front stage from the back end and acted as the "talent recommendation officers". They recommended and introduced students through live webcast, building a bridge for employing organizations to understand the characteristics of graduates from various universities, and received enthusiastic response.

In the face of the challenges on the work of employment posed by the COVID-19 pandemic, economic downturn and other factors, this live webcast interview recruitment week that featured "big platform, new technology and true skill" effectively provided a rare opportunity and stage for graduates to broaden the employment channels 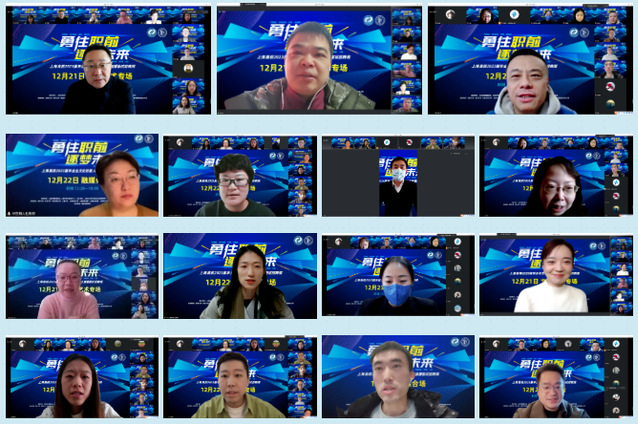 In recent years, in line with the solid deployment of the Ministry of Education, the Shanghai Theatre Academy has solidly pushed forward the special action of "President and Party Secretary Visiting Enterprises to Expand Job Vacancies and Promote Employment", which was to integrate the approach of "going out" with the approach of "inviting in", thus accelerating and driving the promotion of precise matching between employment and education, and carrying out the work of employment and entrepreneurship in a solid and detailed fashion.