On 8 December, the (expanded) study meeting of the central group for theoretical study of the party committee of our university was held at the Huashan Road Campus to promote the study and implementation of the spirit of the 20th CPC National Congress to go deeper and more substantive in the form of topical study, exchange and discussion etc. Leaders of the university, members of the middle management team and heads of directly affiliated party branches participated in the study meeting. 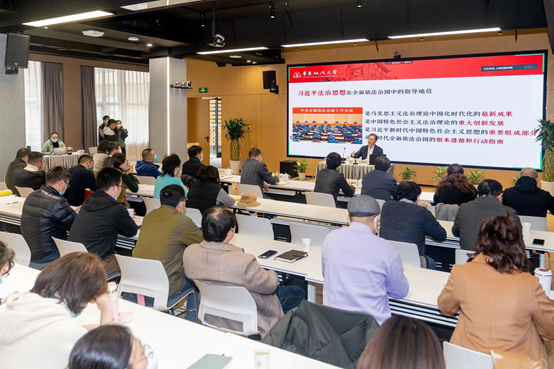 The study meeting had Guo Weilu, Party Secretary of the East China University of Political Science and Law, to give a presentation entitled "Legislative Practice in a New Era Led by Xi Jinping's Thought on Rule of Law". Subsequently, some representatives of the middle management team discussed and exchanged their understanding of the recent study and implementation of the spirit of the 20th CPC National Congress based on the responsibilities of their own positions. Finally, Xie Wei, Party Secretary of the university, made a speech to wrap up the meeting. 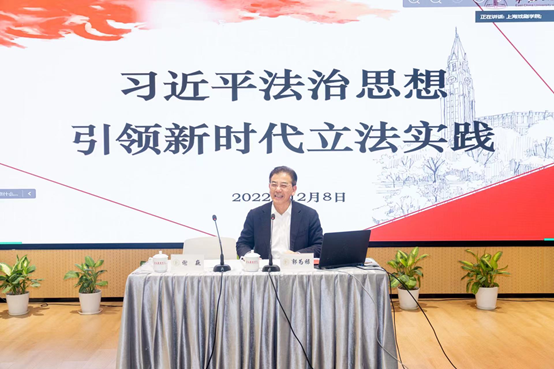 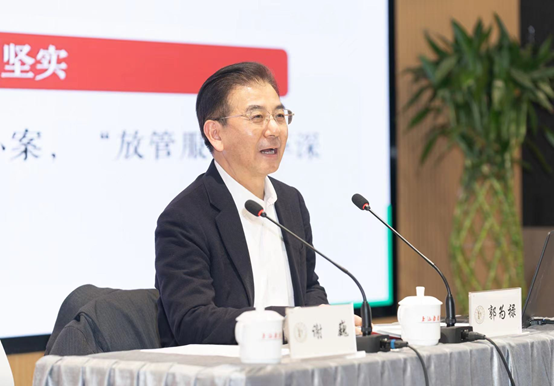 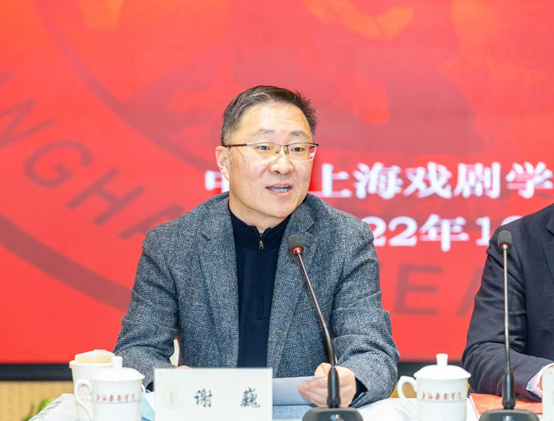