According to the work requirements of the CPC Shanghai Municipal Committee and the CPC Shanghai Municipal Working Committee for Education and Health, on the morning of 12 November, the Shanghai Theatre Academy (STA) held a topic session in the Smart Classroom on the Huashan Road Campus, at which Xie Wei, Party Secretary of STA, made a briefing for the retired personnel on studying and implementing the spirit of the 20th CPC National Congress and on university’s situation. Due to the COVID situation, the meeting was held in an offline and online combined mode. Nearly 60 people attended the meeting offline, and the various party branches sent live broadcast link in WeChat work groups for other retired party members to watch and study online. 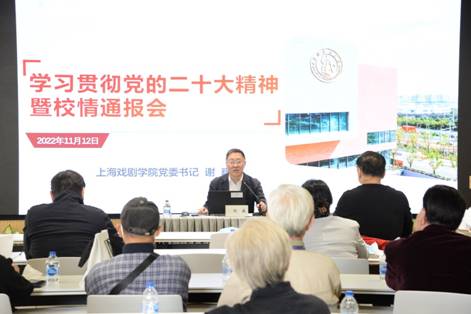 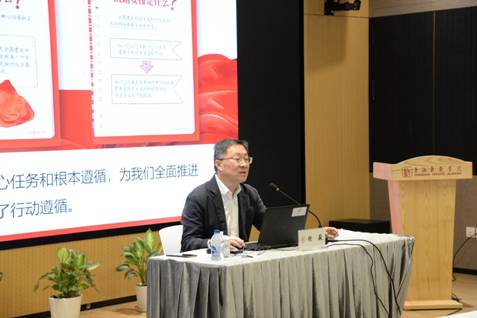 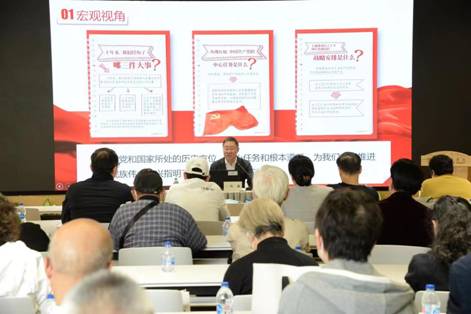 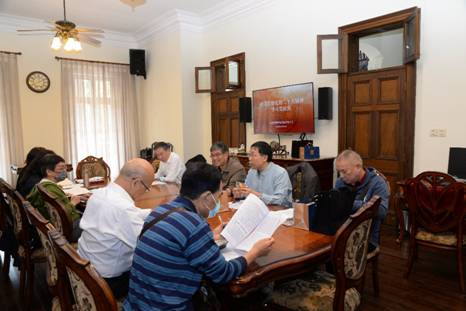 After the meeting, the General Party Branch of Retired Personnel held a topical meeting to discuss and formulate the plans for implementing the requirements of the university’s Party Committee for studying and implementing the spirit of the 20th CPC National Congress, and carefully read and study the “Opinions on Strengthening the Party Construction Work of Retired Cadres in the New Era” printed and issued by the General Office of the CPC Central Committee and other relevant documents, and discussed the work concerning the re-election of the various party branches and the general party branch in the next year.