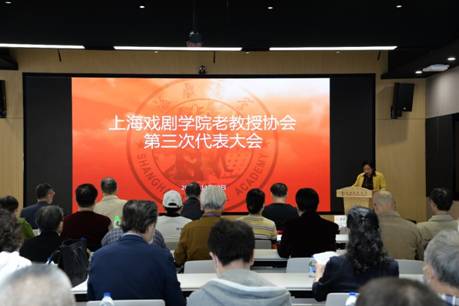 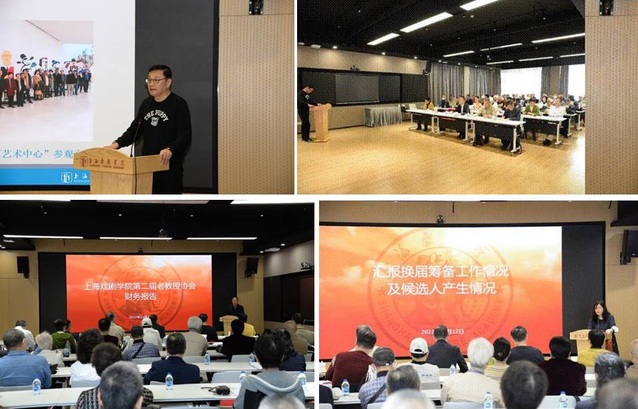 In accordance with the established principles and methods, the meeting elected the 3rd Council. The elected members of the new council were (in order of the number of strokes of their surnames): Wang Lijun, Wang Bonan, Liu Minghou, Li Jianping, Li Li, Li Haixia, Zhou Baodi, Guo Yu and Xu Mingde. 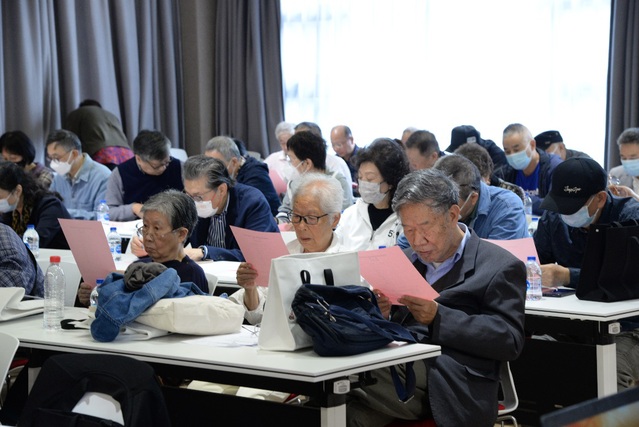 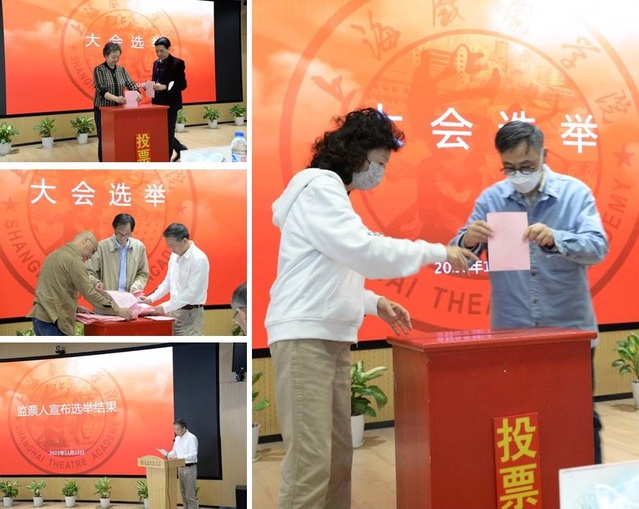 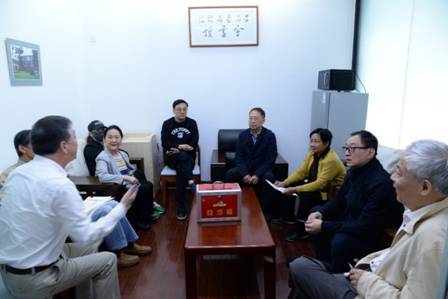 The general meeting successfully completed all items on the agenda including the election of a new council. Vice President Ma Qinrong, on behalf of the Shanghai Retired Professors Association, extended warm congratulations on the successful convening of the general meeting. Xie Wei, Party Secretary of the Shanghai Theatre Academy, on behalf of the university’s Party Committee, expressed his heartfelt thanks and high respect for the efforts and contributions made by the Retired Professors Association over the past four years.

The new leadership team makes a new start! The new council expressed that it would earnestly study and implement the spirit of the 20th National Congress of the Communist Party of China, broaden new horizons, and make new contributions to the work of our "profession" that cultivates artistic talents for the construction of Chinese-style modernization.