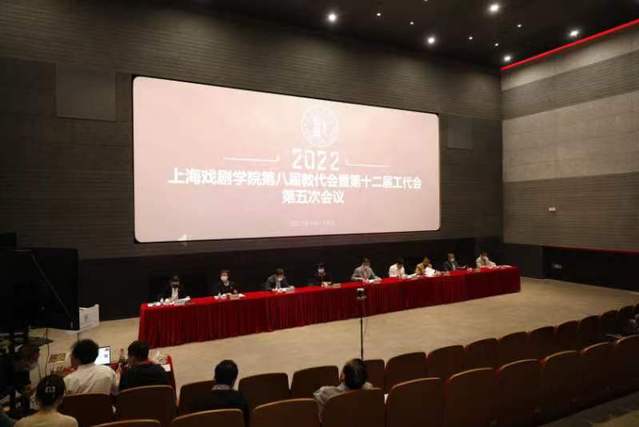 The meeting should have been held in the first half of this year, and had been postponed due to the COVID pandemic. Therefore, Huang Changyong, Deputy Secretary and President of STA, gave a comprehensive review of the university’s work in last year and the first half of this year in his administrative work report to the congress. Zhang Jiachun, Chief Accountant of STA, made a report on the financial work of the university and reported the final financial accounts of the university in 2021 to the congress. Zhang Yunlei made the work report of the Trade Union. Fang Jun, leader of the proposal working group, made the report on the proposal work to the congress. At the meeting, briefings were also made on matters such as the convening of the secondary teachers and staff congresses of the university.

At the end of the congress, Xie Wei, Party Secretary of STA, made a speech. Xie Wei asked the whole university to quickly set off an upsurge of learning, publicizing and implementing the spirit of the 20th National Congress of the Communist Party of China, and announced the full launch of this important work.