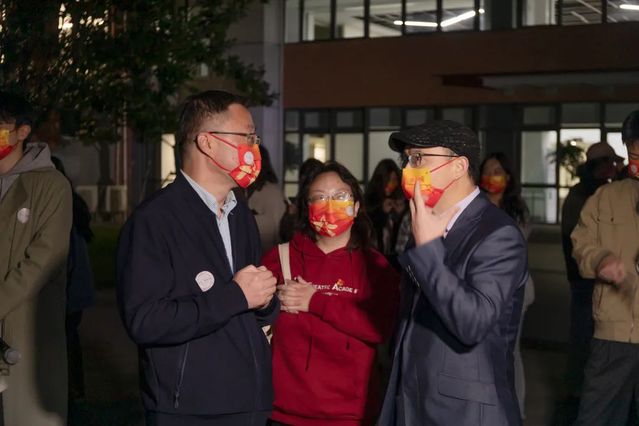 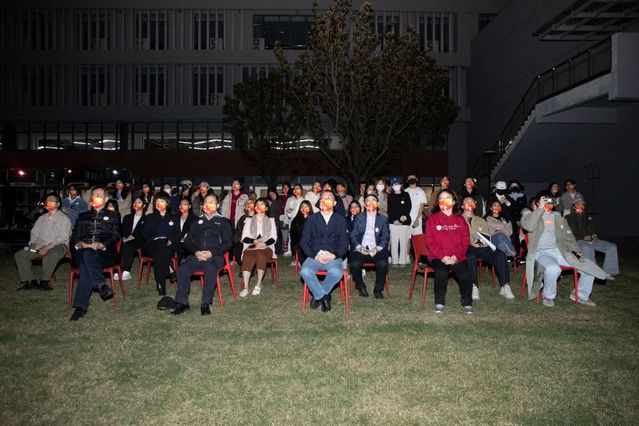 On each day from 20 to 22 October, at the Changlin Road Campus of STA, when the night fell, the façade wall of Building 5 on the campus was turned into a huge "screen". With the continuous countdown shown on the wall, an original video projection show named "We • New Era" was presented here with full passion, attracting the attention of teachers and students. 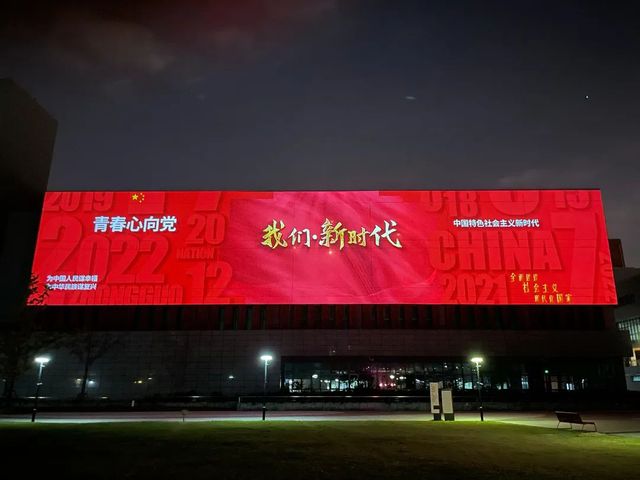 The "We • New Era" original video projection show was divided into three chapters, i.e. "Leap Over", "Forge Ahead" and "Youth". From the perspective of youth, it used refined images to present the historical changes and achievements of the CPC in the past ten years since the 18th CPC National Congress, and made out a youthful declaration for the new journey of building a socialist modern country in an all-round way and marching towards the goals of the next 100 years. 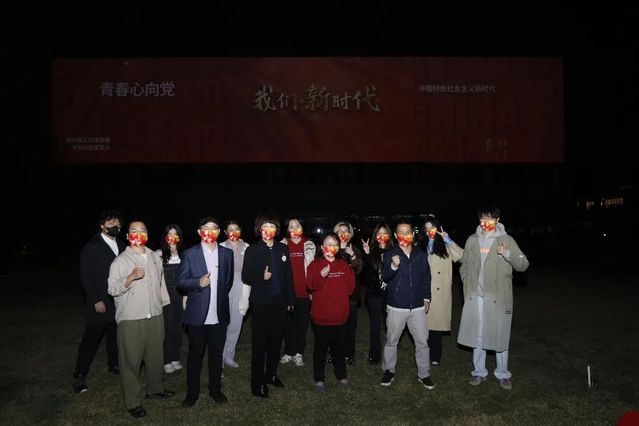 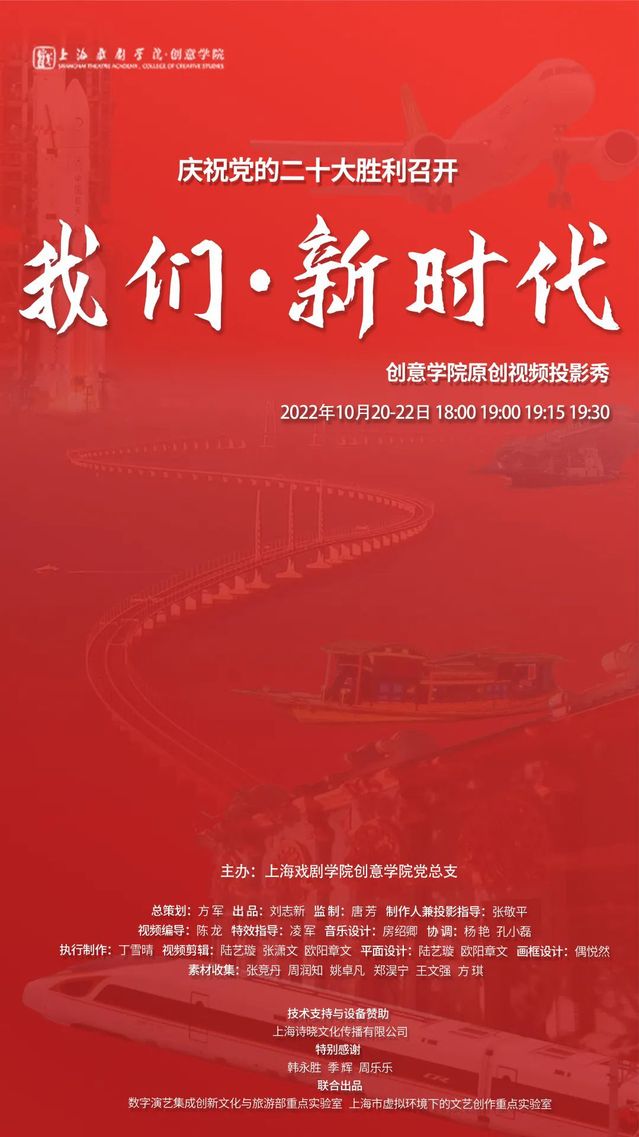