The library is where the resources of an institution of higher learning are located. On the morning of 6 September, when the first phase construction project of the Changlin Road Campus Library was about to formally begin, the leaders of Shanghai Theatre Academy (STA) including Party Secretary Xie Wei, President Huang Changyong, Vice President Yang Yang and Vice president Tang Litu, accompanied by Director of STA Library Li Wei, went to the site of the Changlin Road Campus Library for an on-site investigation regarding the second phase construction plan. The participants came to the conference room where they first listened to the report given by the designer of the Shanghai Xuhui Planning and Architectural Design Co Ltd on the overall design concept of the Changlin Road Campus Library. After listening to the presentation of the design scheme, all the leaders and teachers present at the meeting expressed their opinions on the phase two construction. 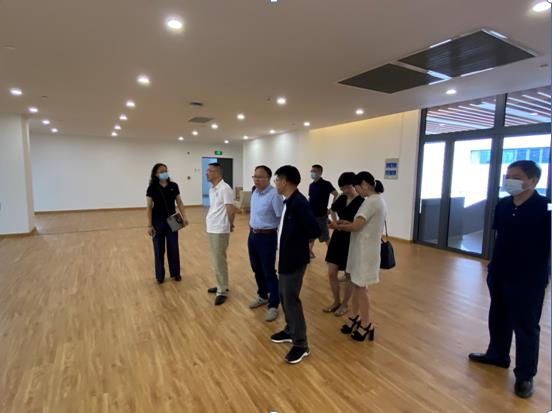 Party Secretary Xie Wei made a speech after listening to the opinions of all parties. He fully acknowledged the functional positioning of the relevant floors of the Changlin Road Campus Library, and pointed out that the thoughts of building a high-level university library should be based on being able to reflect the three aspects of "Chinese discourse, art technologies, and international influence", and should be for deepening the needs of the Film College and the Creative Studies College for library services. Under the premise of clear direction, active discussions on cooperation models should be pursued with professional groups such as the Shanghai Film Group, the Art Archives and the International Theatre Institute to build up the digital content. The space design should enable display in different zones according to the characteristics of resources, and the open mode of "digital workshop" can be introduced. On the whole, he agreed with the consensus reached by all parties at the meeting and put forward further specific requirements for building a digital library that truly reflects the high standard of our academy as a high-level university. 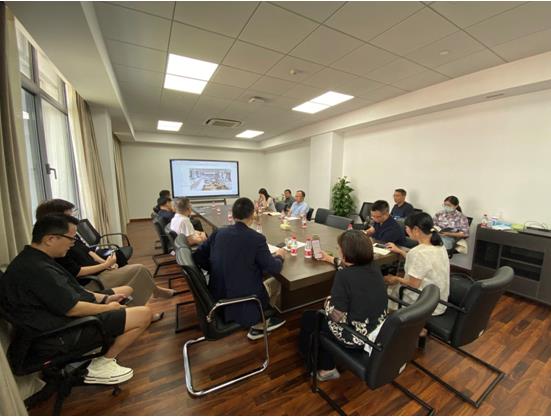