Facing the current severe and complex pandemic situation, as a member of an art university, what should we do and how should we do? In this special period, we will truly record every bit of the actions taken by the teachers, students and staff of the Shanghai Theatre Academy. Art is a kind of warmth, art is also a kind of power, art can bring strength to others, and art can also inspire ourselves. Move forward with art! The pandemic is temporary, but art will last forever.

The final of the 2022 College Students' Innovation and Entrepreneurship Contest of Shanghai Theater Academy, which attracted much attention in this special period of time, was successfully held online on 12 May. 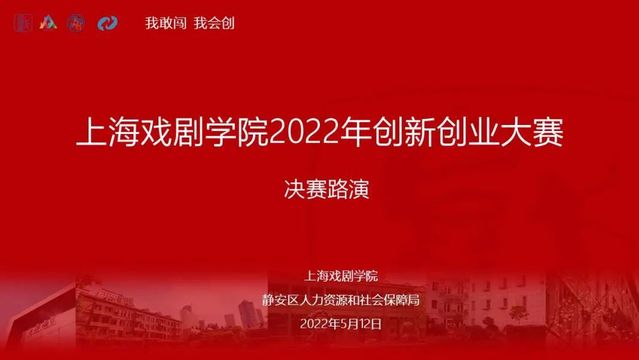 As from March, a total of 62 entrepreneurial teams signed up for this innovation and entrepreneurship contest. After heated competition in the preliminaries and semi-finals, 20 teams entered the final. The total prize amount of this contest was RMB200,000, all of which was provided by the "Fuel for Entrepreneurship" program of the Shanghai Jing'an District Human Resources and Social Security Bureau.