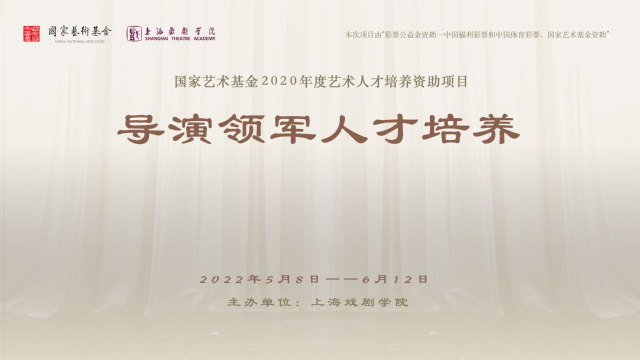 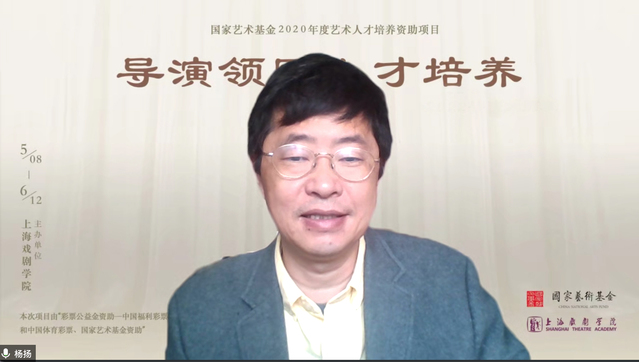 The "Leading Directors Training Program" is organized and undertaken by the Shanghai Theatre Academy. It selects well accomplished young and middle-aged directors across the country and provides them with the professional training. The ultimate goal is to produce talents and generate works. With the funding support of CNAF and through the in-depth cooperation with the Chinese Ministry of Culture and Tourism and the International Theatre Institute, it aims to continuously build up the influence and popularity of Shanghai Theatre Academy’s talent training in the international theatre world and in the society more broadly, and to improve the core cultural competitiveness of the country, produce a batch of leading theatre directors with a broad international vision and a broad professional knowledge structure, so as to prosper China's cultural undertakings in the current era; it also aims to explore the best possible combination of Chinese and Western theatrical cultures, cultivate leading directors of today who "take root in China, have an international perspective, integrate China and the West, and have the courage to innovate", and finally create exquisite modern stage art works with strong vitality.

Professor Lu Ang, the program leader, made a speech first. Li Xiaoxu, a national first-class actor from the Nanjing Yueju Opera Troupe and winner of the "Plum Blossom Award" and the "Magnolia Performance Award" of Chinese theatre, spoke as a representative of trainees who are actors; Hei Xiao'ou, a national first-class director of the Shenyang Drama Troupe, made a speech on behalf of the trainees who are directors; Meng Jing, Professor at the Guangxi Arts Institute, spoke as a representative of the trainees who are teachers. They all said that they are honored to be able to participate in this training program and that they will study hard with the hope that they will reach a new level in terms of their directing art through studying in program. Tobias Biancone, Director-General of the International Theatre Institute (ITI) and head of the ITI/UNESCO Network for Higher Education in the Performing Arts, delivered a speech, and wished the program a complete success on behalf of ITI. President Huang Changyong made the welcome remarks and delivered a speech. 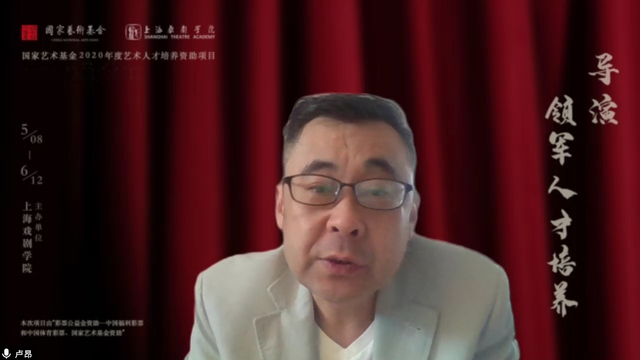 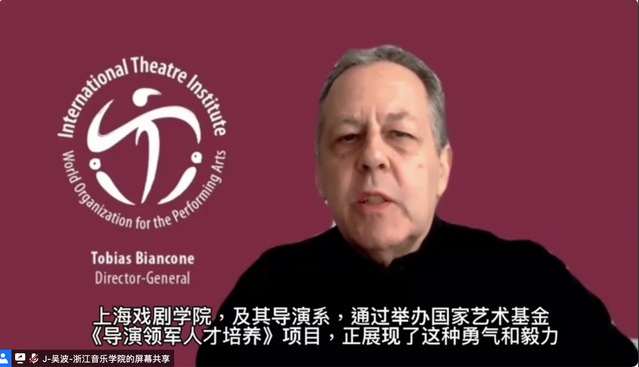 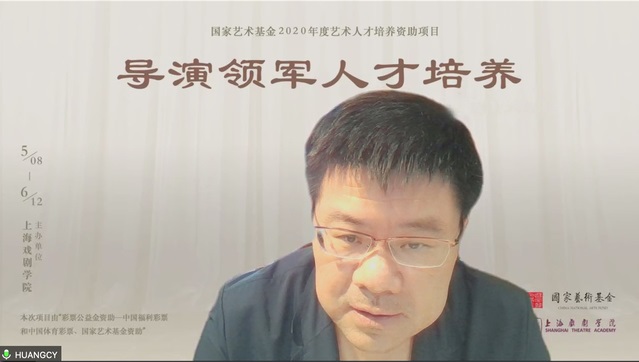 The program follows the principle of high-level and small scale. Through strict selection, 30 formal trainees are selected, and the total duration of concentrated training is 36 days. The program engages five outstanding expert directors in China to conduct a five-week-long special teaching on directing. The instructing experts are Professor Lu Ang, program leader and doctoral supervisor at the Shanghai Theatre Academy, Lei Guohua, national first-class director at the Shanghai Dramatic Arts Center, Song Jie, professor and national first-class director, Wang Xiaoying, former executive vice president of the National Theatre of China and national first-class director, and Zhang Manjun, supervisor of Chinese Opera Studies at the Chinese National Academy of Arts, vice president of the Chinese Opera Society and national first-class director. In duration of the study, the trainees will also watch and discuss excellent theatrical works under the guidance of the instructing experts, so as to renew the trainees' knowledge structure in the context of teaching. Besides the instructing experts, the program also invites more than 20 top notch artists to give lectures. In addition, the program also includes five young directors’ forums and five directors’ salons, so as to provide the trainees with the platform for exchange and interaction, and to allow the participation of more learners. 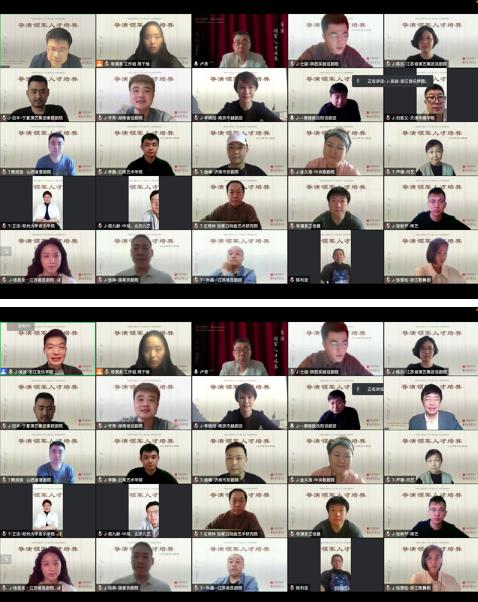