The May 4th Singing Party began in the MV of "With Me", which was the theme song of "Youth Together", the promotional film for celebrating the 100th anniversary of the founding of the Communist Youth League of China. Then, under the auspices of teacher Xia Shuai, the students went through the proceeding of reviewing the oath taken at the time of joining the youth league. Subsequently, representatives of undergraduate and graduate classes sang a number of songs which respectively reflected the real life of young people, echoed the spirit of May 4th patriotism and encouraged teachers and students to win the battle against the pandemic. The graduating students of the undergraduate program sang in chorus two songs full of their attachment and affection for their classmates and their alma mater. Finally, all the teachers and students sang the song "Good Night, STA" created by Hu Shui, a postgraduate student to graduate in 2022. The event concluded in the "Song of the Communist Youth League of China". 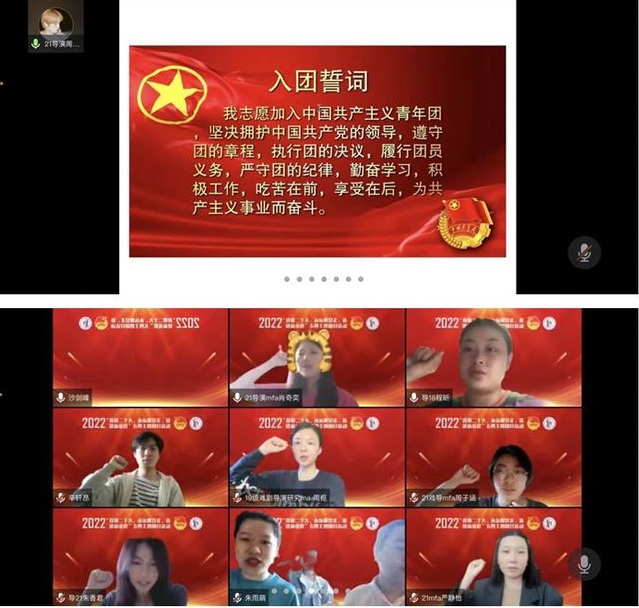