The general Party branch of STA’s College of Creative Studies has been persistent with the innovative dissemination of red culture. After being recently identified as the "Exemplary Point for Party Branches Construction in Shanghai", it has planned and launched a new party history learning and education series project, i.e. "Spiritual Pedigree of Chinese Communists and Literary and Artistic Creation". 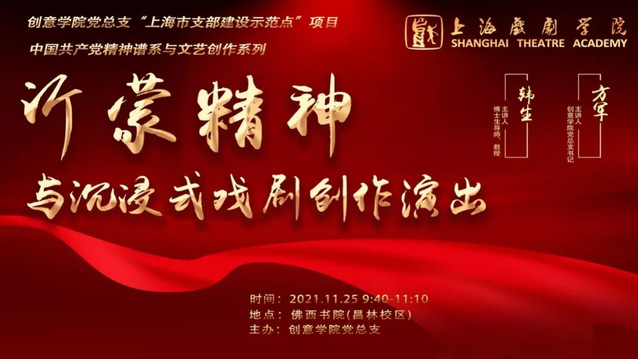 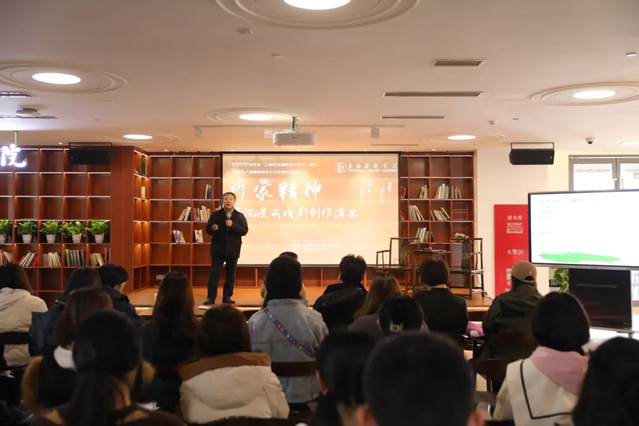 On 25 November, the first lecture of this series project, i.e. "Yimeng Spirit and Immersive Drama Creation and Performance", was launched at the Foxi Library on the Changlin Road Campus. The lecture invited Han Sheng, professor at the College of Creative Studies and famous stage design artist, who is also a Party member, to be the speaker. In recent years, as the artist director, Professor Han Sheng has participated in the planning and creation of “Four Seasons in Yimeng • Red Sisters”, an immersive literature epic theatre. During the lecture, Professor Han Sheng systematically introduced the planning, implementation and operation of the project, as well as a series of explorations arising therefrom. Professor Han Sheng stressed that taking “Four seasons in Yimeng • Red Sisters” as the starting point, the pan is to build a culture-ecology integration park, further optimize the tourism industry, extend the cultural industry chain, build the Yimeng red film and television entertainment town, truly improve the people's living standards in Yimeng area, strive to revitalize the countryside, and ensure that the people have a greater sense of benefit and happiness. 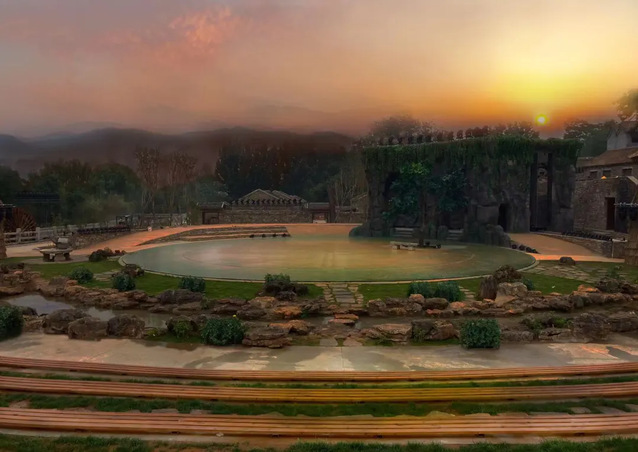 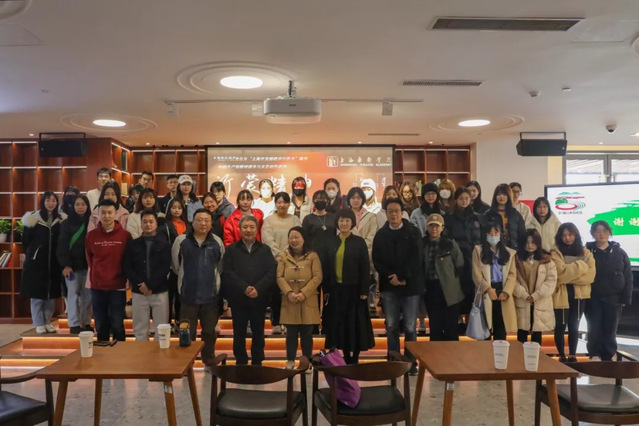