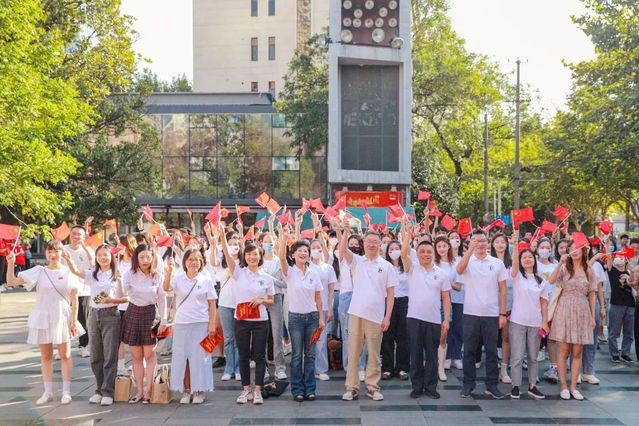 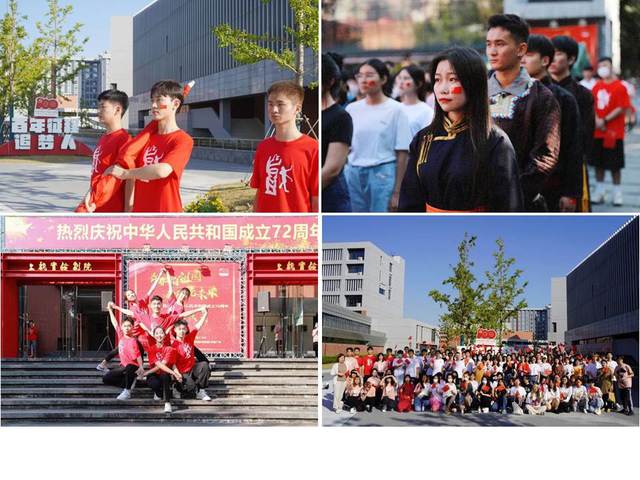 Xie Wei, Party Secretary of Shanghai Theatre Academy (STA), Zhang Weiling, Deputy Party Secretary and Vice President of STA, and heads of relevant functional offices, as well as nearly 400 student representatives from all colleges and departments, attended the flag-raising ceremony. This event was organized by the Student Affairs Office and the Youth League Committee, and it was also a party day thematic activity of the No. 4 Branch of Functional Offices. 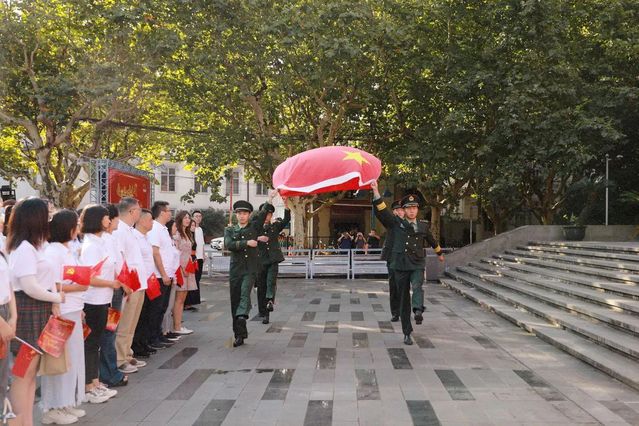 At the Huashan Road Campus, four STA students who resumed university studies after retiring from military service served as the flag masters at the flag-raising ceremony. When the five-starred red flag was rising with the magnificent melody of "March of the Volunteers", the teachers and students sang the national anthem with solemn expressions and paid attention to the flying five-starred red flag. 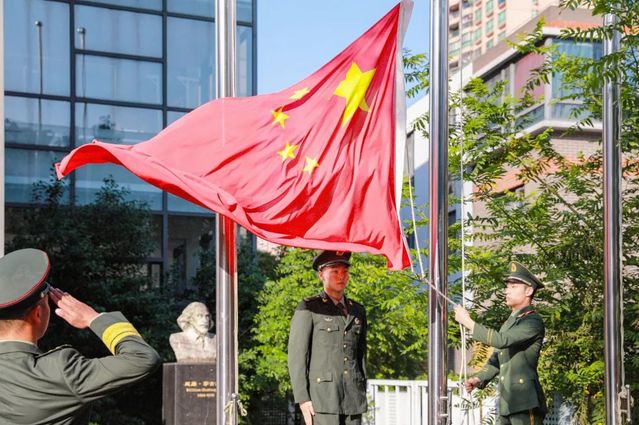 Subsequently, Yang Haotian spoke on behalf of the flag masters. He is a student of BA Film and Television Photography and Production 2018 at the College of Film. He joined the army from STA in 2019 and returned to resume his university studies in 2021. 2021 marks the 100th anniversary of the founding of the Communist Party of China, and STA has set up a students’ theory publicity group to spread the stories of the Communist Party of China with the power of youth. As members of the students’ theory publicity group, Han Sai Qian and Zhang Xin, students of the College of Dance, showed a micro party class entitled "Tell the Story of the Yellow River & Gather the Strength of Struggle." Shanghai is the birthplace of the Party's original aspiration, and is a glorious city. Ma Cong, a teacher from the No. 4 Party Branch of Functional Offices, gave a micro party class entitled "To be a Person of Action in Learning Party History", sharing the "secret tips" on how to explore and use Shanghai-based red cultural resources to learn the Party history. 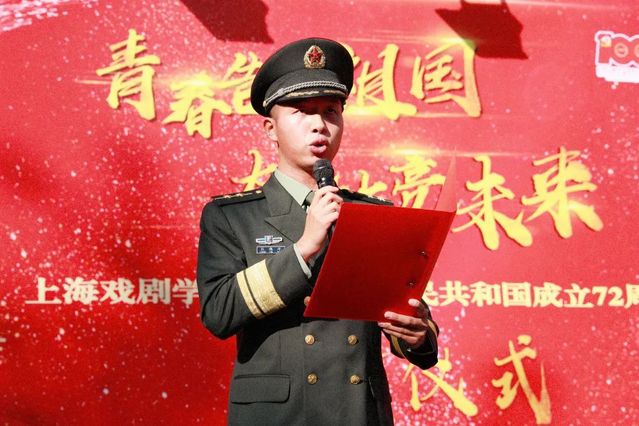 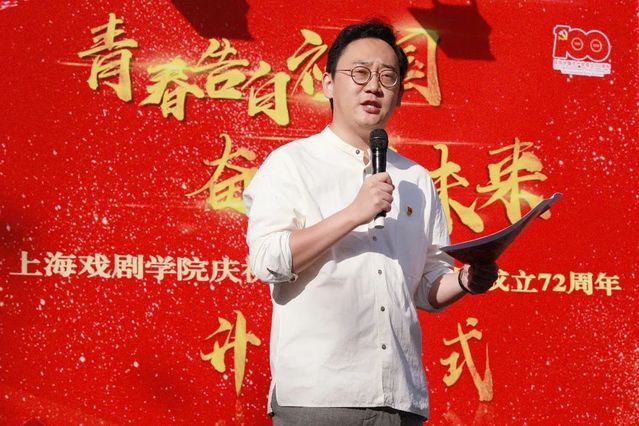 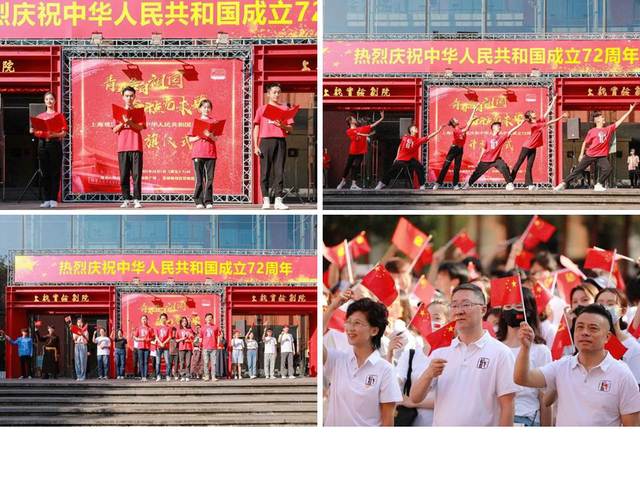 At the site of the flag-raising ceremony at the Changlin Road Campus, the students sang the love for the motherland and the praise for the wonderful era with loud and clear songs. They praised China with the passionate recitation of poems, and expressed their heart to the motherland with the oath of youth. 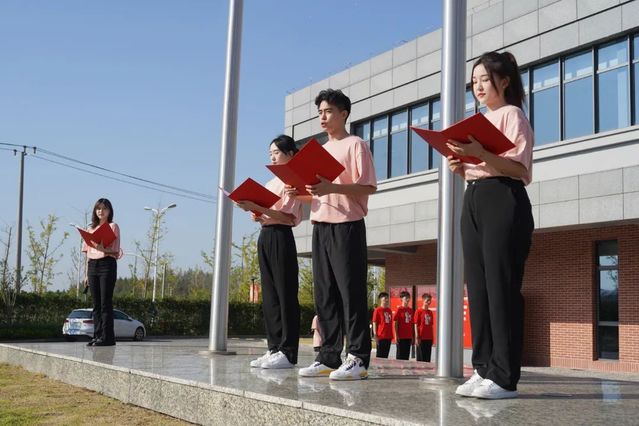 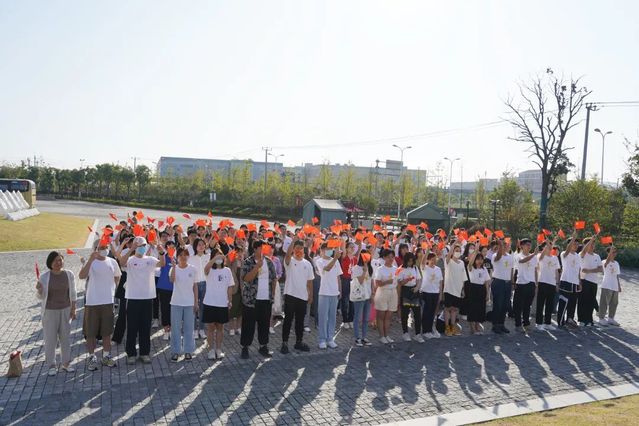