On 29 September 72 years ago, the People's Daily published the design of and instructions for making the national flag. Now, 72 years later, the drama "National Flag", written by Wang Xingdong, the national first-class playwright, and directed by Dong Jian, the vice dean of the College of Film of Shanghai Theatre Academy (STA), is in the process of production. The main creative staff of the play are all teachers and students of Shanghai Theatre Academy, and all the student actors are from the hosting major of the College of Film. Taking the rehearsal as an opportunity, the director led the hosting major students to review the impassionate history of the founding of the People’s Republic of China, take history as a mirror and look forward to the future. The teachers and students of the College of Film also hope to send, with the performance of this play, a unique blessing to the motherland for the 72 years it has come through. 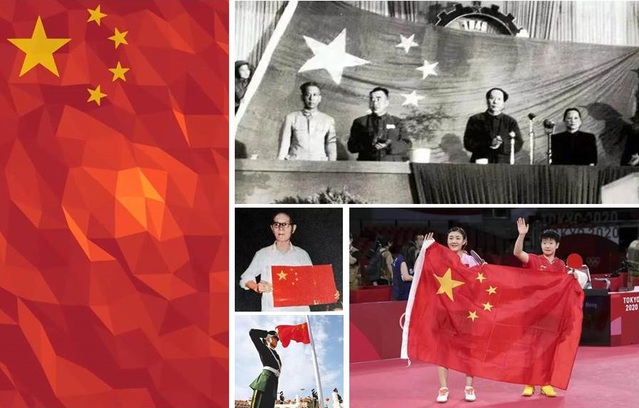 Coinciding with the National Day, the drama "National Flag", as a project supported by the funding for major artistic creation in Shanghai, demonstrates the contemporary vitality and artistic height of the traditional classic red plays. It will be the opening performance of “R.A.W!” (Rising Artists’ Works), i.e. the young talents program of the China Shanghai International Arts Festival, to celebrate the glorious birthday of the People’s Republic of China in a unique way.

As the opening performance of “R.A.W!”, “National Flag” is to be jointly performed by the young teachers and current students of STA. The average age of the cast is less than 30 years old. Young people look to the future with hope and, at the same time, they should also look to the past to draw lessons from history. In the rehearsal of this play, the young teachers and students have reviewed the history, figured out the characters of the play and refined their skills. They will strive to tell the Chinese story well with their own excellent performance and in the way of young people.