Department of Directing continues to promote the construction of national first-class undergraduate program of theatre, film and television directing

Recently, all the staff of the Department of Directing participated in the theoretical study session and all-staff meeting for September. The theme of the meeting was to continuously promote the construction of national first-class undergraduate program of theatre, film and television directing. The meeting was co-chaired by Lu Ang and Yin Yuerong, the main leaders of the Department of Directing. The meeting was carried out in two parts, i.e. theoretical study and exchange and discussion. On the one hand, based on the opening year of the “14th Five Year Plan” and in combination with the disciplinary development and major-specific characteristics of the Department of Directing, the leading group of the Department of Directing clarified the ideas for work, and deployed the work in various aspects for this semester. On the other hand, all the staff gathered their wisdom and made concerted efforts to discuss how to made detailed and effective implementation of the fundamental task of moral education and the “Implementation Guide of the Shanghai Theatre Academy on the Curriculum-based Ideological and Political Education” in classroom teaching, thus playing a good role in actively promoting the construction of national first-class undergraduate program. 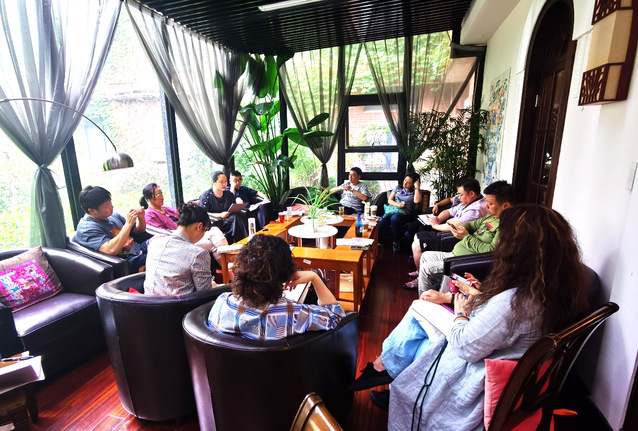