On the morning of 19 May, the opening ceremony of the 2014 International Master Class on Directing 2014 (IMCD 2014) was held in the Foxi Building of the Shanghai Theatre Academy (STA). Prof Han Sheng, President of STA, Mr Wang Huayu, Director, Division of Comprehensive Affairs, Chinese Ministry of Culture, representatives of the Australian Consulate-General in Shanghai and New Zealand Consulate-General in Shanghai, as well as representatives of foreign experts including Dr Annie Ruth, Former Director of Toi Whakaari Drama School, New Zealand, attended the opening ceremony. The opening ceremony was chaired by Prof Lu Ang, Director, Department of Directing, STA.

At the opening ceremony, Mr Wang Huayu, Director, Division of Comprehensive Affairs, Chinese Ministry of Culture expressed the support and recognition of IMCD 2014 on behalf of the Ministry Culture and wished IMCD 2014 a great success. The representative of the New Zealand Consulate-General in Shanghai gave the speech in Chinese and expressed the hope to see more and more New Zealand-China exchange and cooperation in the cultural areas and to promote the mutual understanding and mutual learning. Dr Annie Ruth, famous New Zealand director and theatre educator, extended the sincere and warm greetings from the aboriginal people of New Zealand to the Chinese artists, using the special Maori language and way of showing respect. In the following week, she will introduce to the students her stage training techniques that combine the viewpoints training and the aboriginal culture of the Maori. At last, Prof Han Sheng, President of STA, extended the warmest welcome, on behalf of STA, to all the distinguished guests and all the well-accomplished acting and directing artists from the major theatres companies across China for their presence, and expressed his best wishes to IMCD 2014.

IMCD is a high-level academic exchange program in theatre directing and the first of its kind in China which brings in, in a systematic way, the world’s leading experts and scholars in theatre directing to give lectures in China and introduce the theatre directing arts of their respective countries. Since 2009, STA has successfully held five IMCDs featuring USA, UK, Russia, France and Germany respectively. From this year, IMCD will expand its coverage from country to region and start a new round of classes. This year’s IMCD focuses on Oceania and features five top-class masters of theatre directing and educators of directing arts from Australia and New Zealand. They are Dr Annie Ruth, Former Director, Toi Whakaari Drama School, New Zealand; Mr Robert Draffin, Lecturer of Acting, School of Drama, Victorian College of the Arts, Australia; Mr Collin McColl, Artistic Director of Auckland Theatre Company and famous New Zealand director; Prof Egil Kipste, Head of Directing, National Institute of Dramatic Art (NIDA), Australia; Mr Aubrey Mellor OAM, Former Director, NIDA, Australia. During this year’s IMCD, they will teach the concepts of theatre stage arts and directing techniques of Australia and New Zealand to the students.

The classes of IMCD 2014 (Oceania) will formally commence on the afternoon of the 19th. In the next five weeks, the acting and directing artists from the different places of China will follow the five top-class directors in the world to learn and exchange, and to experience the sparks created from the exchange of Chinese and western cultures. 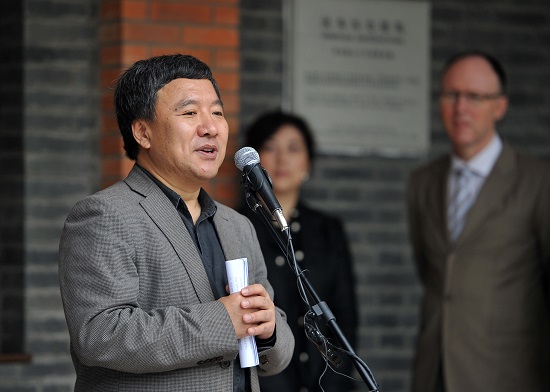 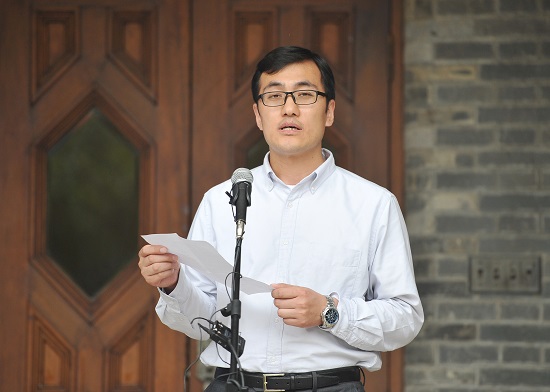 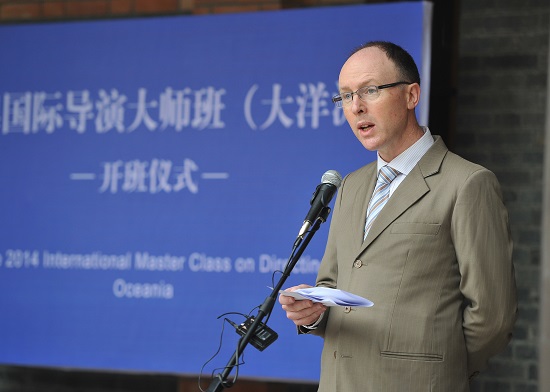 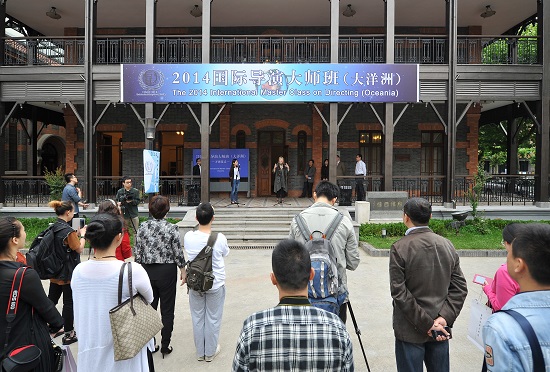 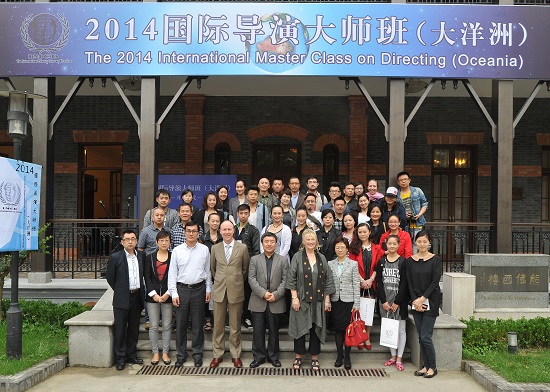