On 11th July, Shanghai Summer School (STA Chinese Opera Program) held the commencement successfully on Lianhua Rd. Campus. It was a hot day, but the performance of the foreign students was really impressive. The singing and movements were with the features of the Peking Opera. The selections from Miss Jolie, Fisherman's Revenge and Kong's Students expressed the distinctive features brought by the conflict between Chinese traditional opera and Western languages. In the commencement, 21 foreign students were given diplomats for the hard study in past 20 or so days. They also earned credits from Guo Yu, deputy president of the academy, who praised the great attitude in the study and kindly invited them to STA again. It would always be another home for them.

In the farewell banquet, foreign students sung for their teachers and gave presents to STA on behalf of their own school. They said that they've learnt a lot in this summer school and it was a sensational experience; they would not like to leave STA and hoped for another chance to come to Shanghai in future.

Hopefully, there will be more foreign students who will attend summer school, and Chinese traditional Peking Opera will show its charm in the gathering of different cultures. 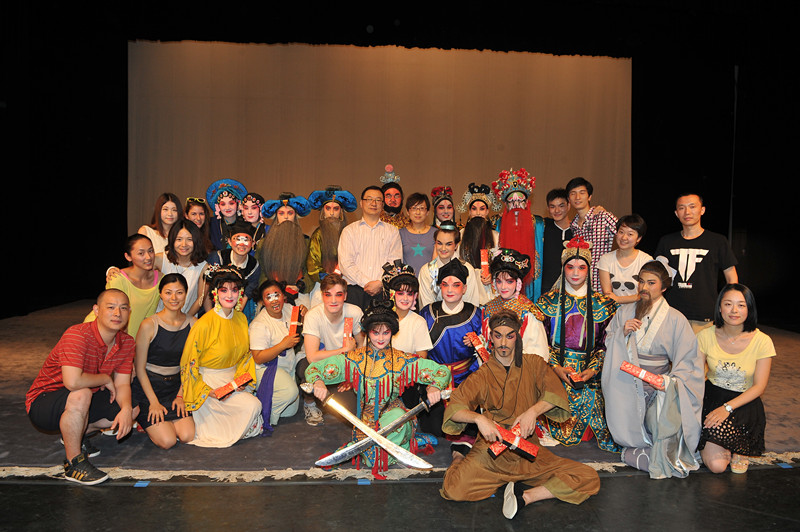 group photo at the closing ceremony