Intercultural Art Communication given by the Ambassador WU Jianmin

“Communication studies is a field that deals with processes of human contact and communication. Art communication is beyond borders and therefore it is imperative for drama academies to run courses about “intercultural communication studies” as the foundation for the discipline.” said Mr. Wu Jianmin, our honorary professor and the former ambassador to France, on May 2nd when he gave the lecture Intercultural Art Communication in Room 209, Honglou Building. The lecture was presided over by Wei Lou, the secretary of the party committee of Shanghai Theatre Academy. Jianmin Wu, the former ambassador introduced us the fundamental theories and principles of Communication Studies and had friendly interaction with the present excited audience in Room 209 packed to capacity.
Mr. Wu is a gentleman of knowledge. He worked for years on the front line of diplomacy. He acted as interpreter for such state’s leadership as Chairman Mao Zetong, Premier Zhou Enlai, counselor for Permanent Mission of the People’s Republic of China to the UN, Director-General of the Information Department of the Foreign Ministry and Foreign Ministry Spokesman, the former Ambassador to France and to Netherlands, and now president of China Foreign Affairs University. For years’ practice for diplomacy, Mr. Wu made use of every opportunity to have active communication and dialogue with the foreigner, to pass voices from China to the world, to build new China’s image, which made contribution to China’s foreign relations and embodied Chinese statesman’s high quality and refinement and Confucius traditional ethos. For the lecture, Mr. Wu found the material from his considerable experience and applied theories into cases. He addressed the audience in a pleasant tone and voice just as his diplomatic style which won him positive response and favorable comments from the present audience. (Text by Yi Pin; Picture and Edit by Jia Qi ) 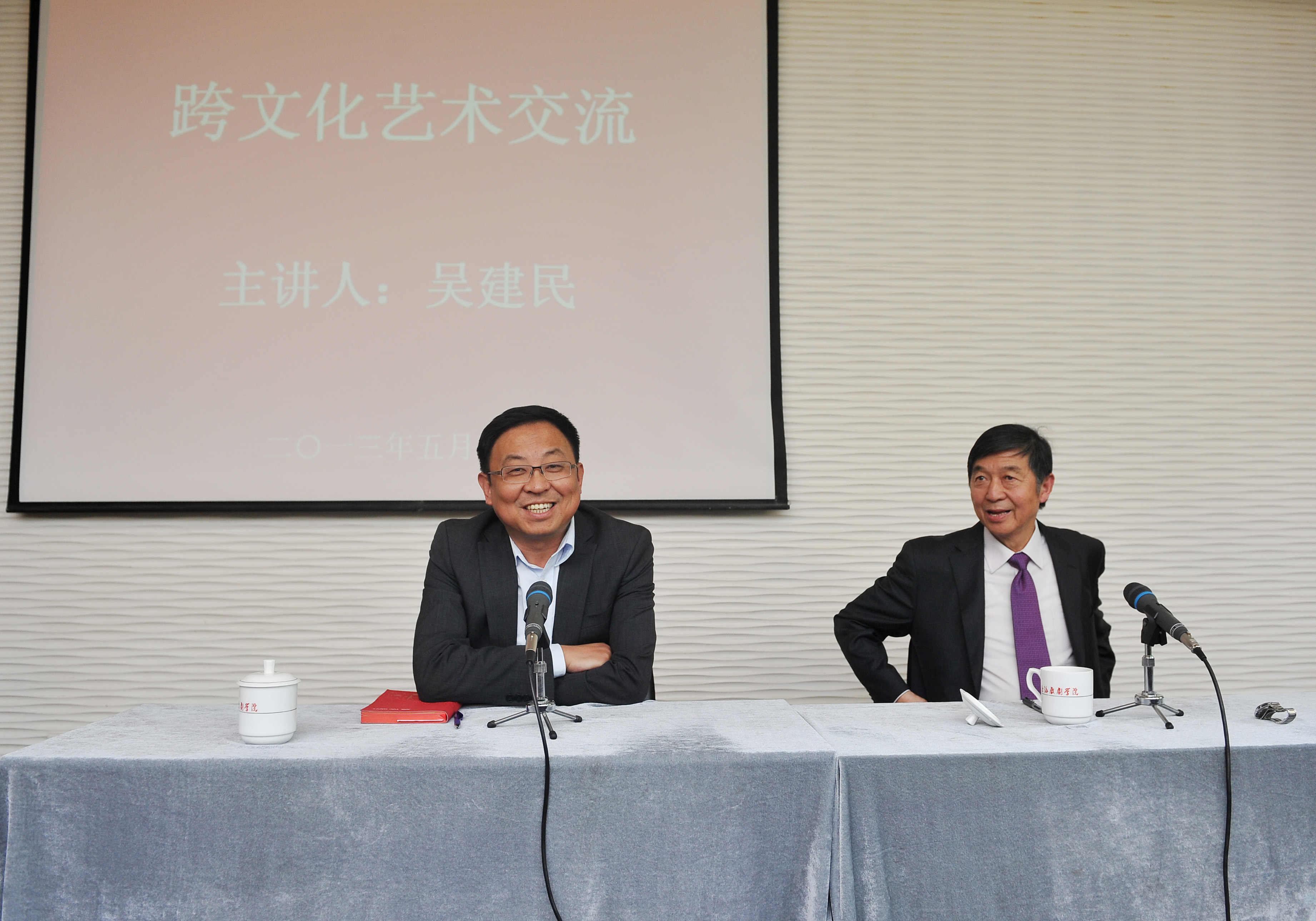 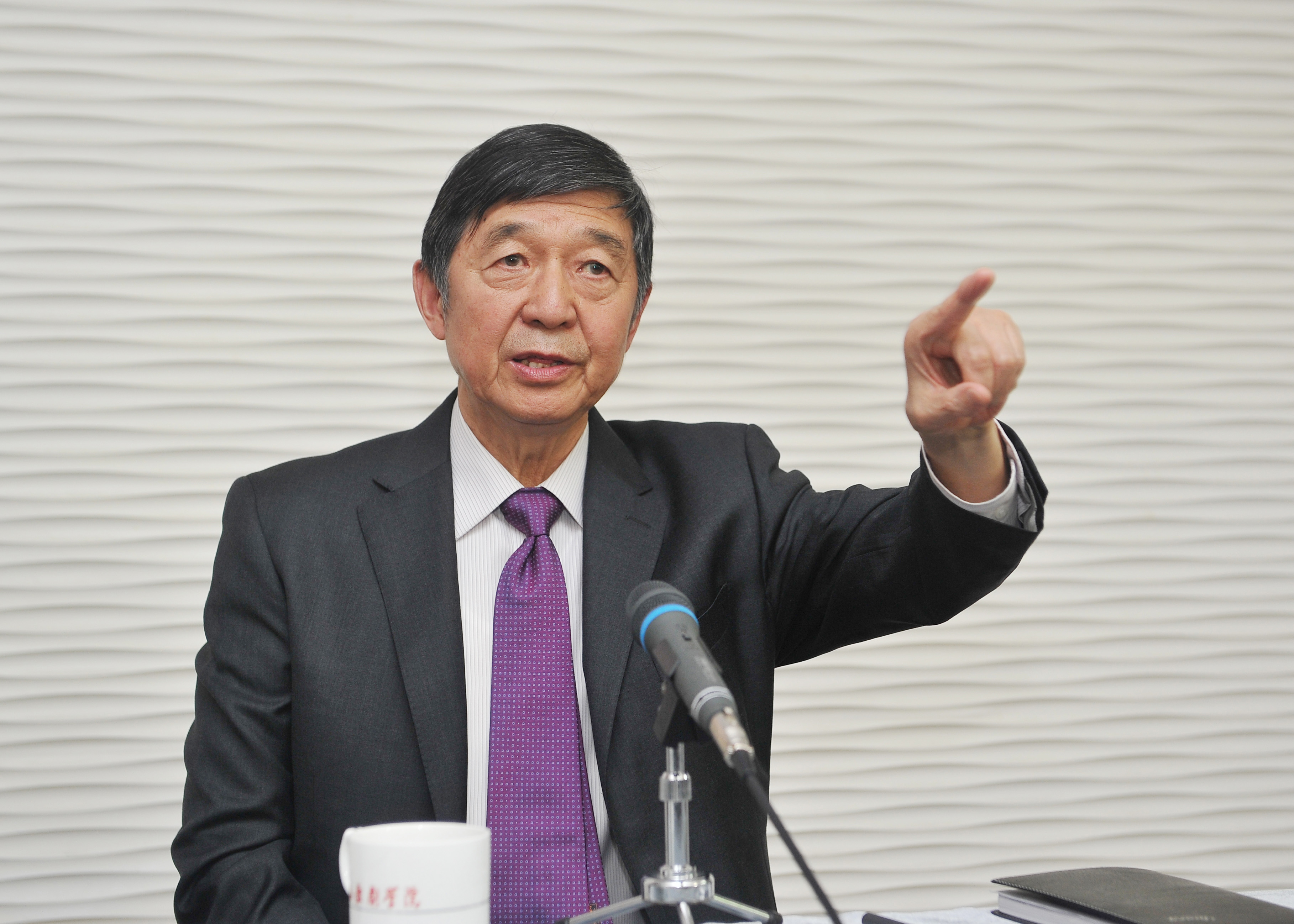 Mr. Wu give the lecture 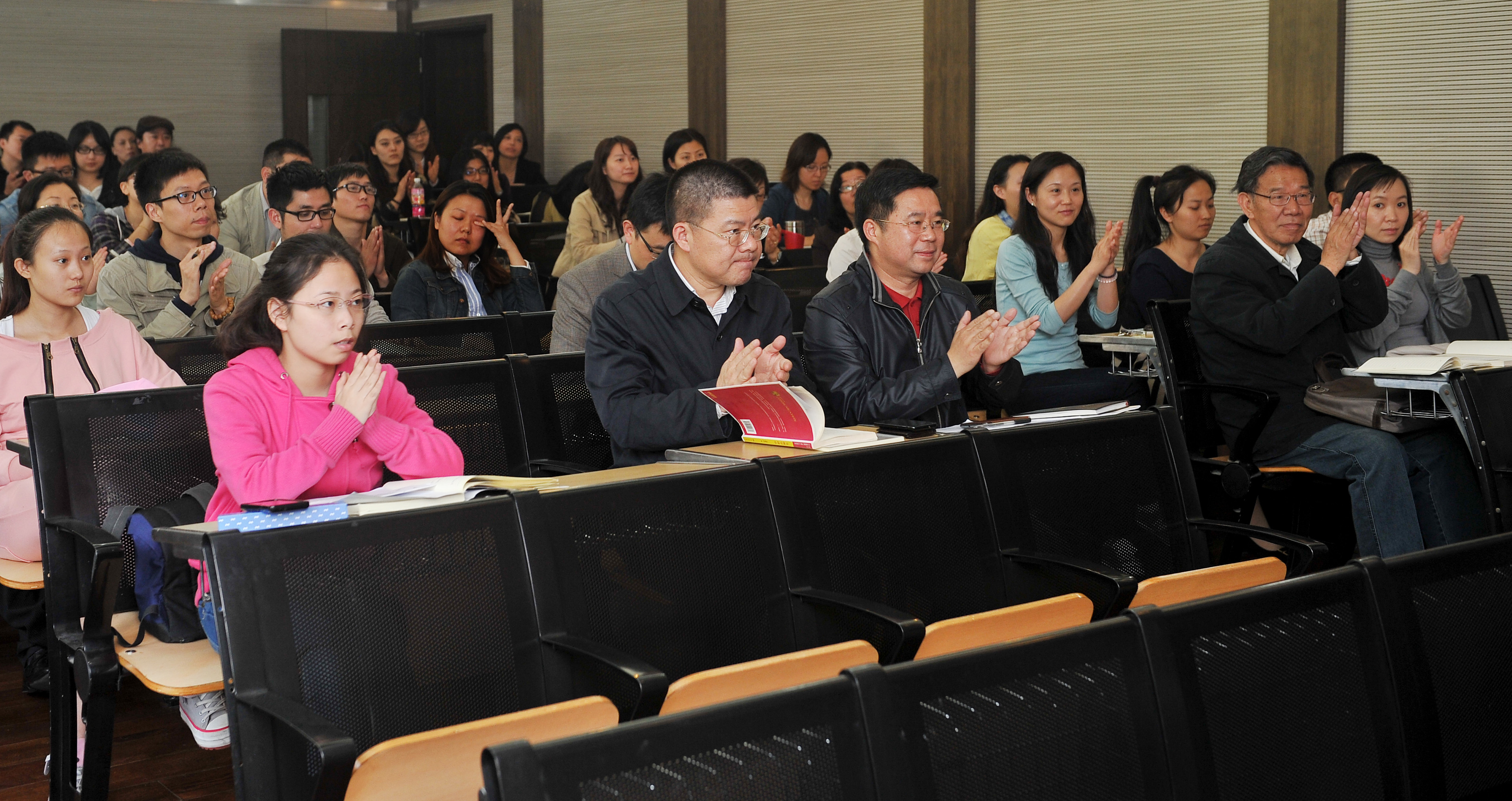 STA faculties in the lecture