The 2013 Commencement for Winter Program Held in STA

On evening of January 20, a simple but cordial X, through the concerted efforts from faculty members and co-hosted by American prestigious universities such as Brown University, Duke University, NYU, Yale University, etc was held in Dongpai Theatre in Shanghai Theatre Academy. Louwei, Party Secretary of Shanghai Theatre Academy addressed in the commencement and Gong Baolai, Deputy Dean of STA, along with American professors conferred honorary certificates on students from home and abroad.

Compared with Winter Program last year, it’s larger in scale this year. Of approximately 100 official students from prestigious universities home and abroad registering after a tough selection, there were students not only from five hosting universities, but also from Harvard University, Columbia University, University of Leeds in UK, Korea National University of Arts, as well as Fudan University, East China Normal University, Zhejiang Normal University, Xiamen University and The National Academy of Theatre Arts, etc. Students put premium on this hard-won opportunity to experience courses from American top-notched universities firsthand, share ideas and creativity from famous scholars, artists and practitioners like friends, and jointly research on the latest developments in this field. Within the past two weeks, except for theoretic courses and academic training, the most prominent feature of Winter Program is creative courses, for instance, China national theatre arts, post-modern arts of music, environmental theatres, etc incorporated into the rural areas, communities, typical China southern villages and City image museums in China. This gave an apt expression to the philosophy of Winter Program, especially the pursuit of exchange and interconnection between the eastern and western cultures. In Winter Program, “Teach and Learn” was more of inner appraises and hope than civilities.

On commencement day, Body Emotional Gym unfolding different body gestures in various moods amazed audiences melodramatically. A vivid Shakespearean play, A Midsummer Night’s Dream performed by students wearing simple head props was indeed an innovative interpretation. A Four-scene Dram directed by Torry.Bend, a professor from Duke University won great acclaim of audiences; first on stage came a hat, then it transformed into an old man, which later turned into a lover couple fishing in slippers, and ended with two “ sea-jumping” eggs from “Titanic” cracked. In the scene, students impressed everyone with their agile moves and rich imagination in tiny “objects”. Of course, Peking Opera, the Chinese quintessence was on our highlight. Six sets of opera genuinely starred by 30 or so students were met with incessant applaud. Among co-starring performers, many of them were from South Korea, Thailand, and America, etc. One counterpart at the scene complimented that commencement of this kind is of profound significance, which is more of a breaking new teaching debriefing than a conferring ceremony. Short as two weeks was, faculties from prestigious universities in China and America ushered into a trans-cultural learning journey. Within two weeks’ time, everyone reaped a broader horizon, an enlightened mind and a genuine understanding of “Exchange, openness, inclusiveness, sharing and Creativity”. 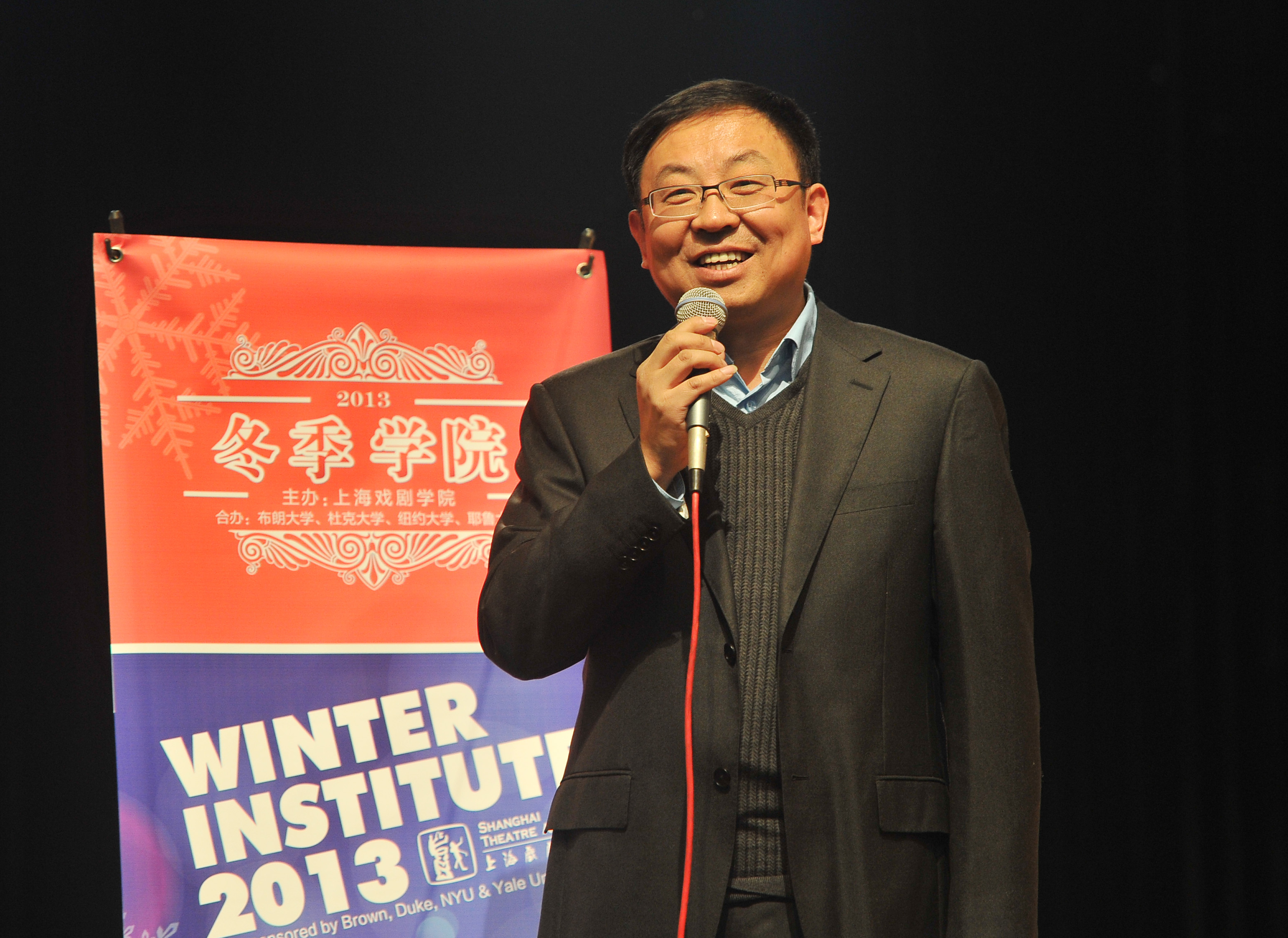 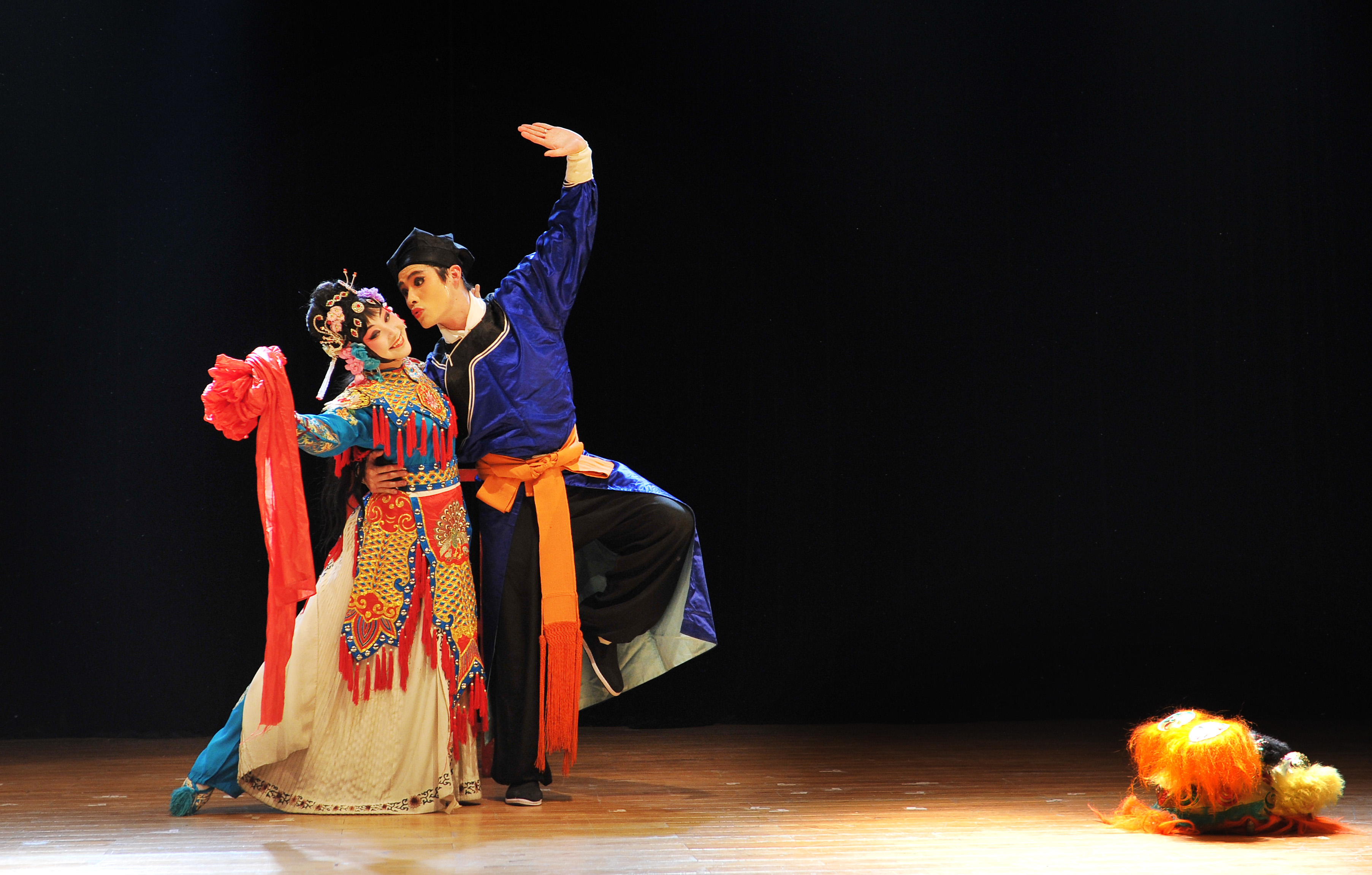