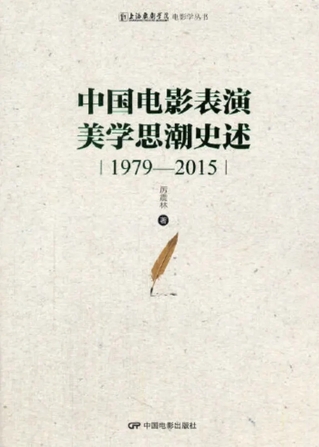 The “Decision of the Ministry of Education on the Eighth Higher Education Institution Outstanding Scientific Research Achievement Awards (Humanities and Social Sciences)” was released a few days ago. After evaluation by experts and public notice, with the review and adaptation by the award committee, and with the approval of the Ministry of education, a total of 1,539 achievements were awarded. Professor Li Zhenlin, Dean of the College of Film of Shanghai Theatre Academy, has won the first prize in the category of works and papers for his book “History of Chinese Film Performance Aesthetics (1979-2015).

To carry out the selection of winners for the Higher Education Institution Outstanding Scientific Research Achievement Awards (Humanities and Social Sciences) in Colleges is an important initiative undertaken by the Ministry of Education to recognize and reward the outstanding achievements of philosophy and social sciences workers in higher education institutions, to show the major theoretical and practical achievements made by the social sciences circles in higher education institutions in serving the development of the work of the party and the country, and to promote the construction of philosophy and social sciences with Chinese characteristics in higher education institutions. Since its inception in 1995, the selection of award winners has been held once every three years. Up to now, it has been successfully held for eight times, with a total of 5,667 outstanding achievements.

“History of Chinese Film Performance Aesthetics (1979-2015) fills in and improves the weaknesses in the field of film studies in the new era, and greatly improves and enriches the studies connotation and spirit level of cultural history, industrial history, ideological history and political history in the new era. According to the internal development and logic of film performance aesthetics in the new era, the book is divided into several historical stages. It makes a clear and in-depth analysis of the main trend of aesthetic thought in each historical stage concerned, and conducts case studies on important performance aesthetic phenomena, discovers and summarizes the experience, gains and losses in film performance since the founding of the People’s Republic of China, corrects some of the cognitive misunderstandings of film performance in the today’s society and cultural circles, and provides the correct concept of performance aesthetics for the society and cultural circles.